Black voters tell ABC News they fear Democrats are taking them for granted.

PHILADELPHIA -- Last weekend, John Fetterman, the Democratic candidate for U.S. Senate in Pennsylvania, spent the penultimate Saturday before Election Day traversing Philadelphia, dedicating the entire day to campaigning in the city with a vote share he should have little problem winning. Rich with Democrats, the City of Brotherly Love went to President Joe Biden by more than 60 points in 2020.

The investment in Pennsylvania's largest city, where more than four in 10 residents identify as Black, reflects an urgency to energize urban Black voters in the final days of a campaign that could decide control of Congress' upper chamber.

Black voters in the United States overwhelmingly vote for Democratic candidates, including Biden, who received more than 90% of their vote in 2020, according to a .

But some Black leaders in Pennsylvania fear that Democrats are taking the community for granted, a concern expressed in past cycles across the country.

"I think this is where the election is going to be won," Kenyatta, who represents the majority-Black North Philadelphia district that includes Temple, said in an interview after joining Fetterman at the rally, which drew mostly white attendees.

Kadida Kenner, CEO of the New Pennsylvania Project, a voting rights organization that has registered 20,000 people across the state this year, stressed the importance of Fetterman turning out Black voters.

MORE: Does Fetterman's rough debate against Oz matter in Pennsylvania?

For more from ABC News' team of reporters embedded in battleground states, , with new episodes on Sunday. 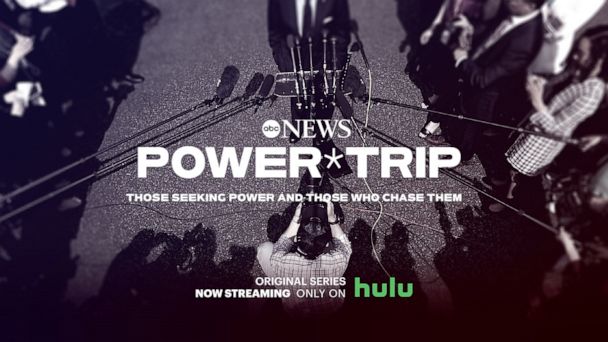 "Power Trip" follows 7 young reporters as they chase down candidates in the lead up to the midterms with George Stephanopoulos guiding them along the way.

Fetterman holds a sizable lead over his Republican opponent, Dr. Mehmet Oz, with Black voters: a New York Times/Siena poll earlier this month showed that 86% of registered Black voters in Pennsylvania plan to vote for Fetterman versus just 6% for Oz.

But that number lags behind Biden's 2020 vote share, and the same poll found that just 63% of Black voters hold a very or somewhat favorable view of the lieutenant governor.

Those numbers may partly reflect the fact that Fetterman did not hold a public campaign event in Philadelphia until September, an absence some voters noticed.

"No," Olivia Jarrett, a 31-year-old veteran who is Black, said when asked by ABC News if she thought Fetterman had spent enough time in the city.

"I don't know what Fetterman does," she said, while filling up her car at a North Philadelphia gas station.

But Jarrett, a Democrat, declared she would not vote for Oz because of his position on restricting abortion rights.

Kenner insisted it is imperative for Fetterman to spend more time in Philadelphia before Election Day.

"He needs to spend 40% of his time here in Philadelphia and make sure that Philadelphia voters are coming out and that they're not apathetic about this entire election and that they're feeling as though their needs are going to be met by a candidate coming to them and saying, 'This is what I'm going to do for Philadelphia,'" she said, when ABC News spoke with her on Monday.

Fetterman has not held a public event in Philadelphia this week but will campaign there on Saturday with Biden and former President Barack Obama. He has held multiple events this week in the surrounding suburbs and will attend a rally in Pittsburgh Saturday with Obama.

In a press release recapping last weekend's Philadelphia swing, the Fetterman campaign noted multiple other stops -- which were not advised to the media -- that the candidate has made in the city in recent weeks.

Democrats in the state believe that no matter his footprint in Philadelphia, Fetterman's economic messaging should resonate with voters there.

"I think Fetterman, to his credit, from really the early stages of the campaign, has been focused on having a core economic message and plan," said J.J. Abbott, a party strategist, who said the lieutenant governor's policy positions -- such as raising the minimum wage and fighting price gouging -- are "really powerful" in Philadelphia.

Oz, meanwhile, has tried to woo Black voters by pledging to reduce the level of crime and drug use in Philadelphia, holding multiple "Safer Streets" discussions and walking through a neighborhood rampant with drug use and homelessness, where he helped several self-declared addicts register for detox admission.

That visit resonated with James, a retired health care worker in Philadelphia, who is Black and declined to give his last name.

"He showed a lot of compassion that I hadn't seen," said James, a Democrat who said he is still deciding which Senate candidate to vote for.

"They made him out to be an outsider, which he is, you know. But that struck me, going down there and showing compassion to the people on drugs and people struggling. That kind of struck me with Oz," he added.

Oz's attempts at courting Black voters have not come without controversy, however. In a September "Safer Streets" forum, he comforted an attendee, Sheila Armstrong, whom the campaign did not disclose at the time was a paid staffer. The lack of transparency drew a rebuke from the Fetterman campaign.

The Oz campaign shot back.

"We condemn in the strongest possible terms the racist attacks on Sheila Armstrong by John Fetterman's campaign manager Brendan McPhillips. For a white man to attempt to diminish the experience of an African-American woman - who lost her brother and nephew to gun violence - because of her support for Doctor Oz plays into tired tropes about Black women not being able to think for themselves," said Barney Keller, a senior adviser to the Oz campaign.

As for Fetterman's efforts in Philadelphia, James said a recent appearance with Rep. Dwight Evans seemed like a "photo op." He added that the lieutenant governor's visits to Philadelphia in the campaign's final days "might be too little, too late."

But for Lotus Hines, a 42-year-old Black hospital worker and a Democrat, how Fetterman has divided his time on the trail means little.

"It really doesn't make a difference to me where he hasn't been," she told ABC News, adding that Fetterman has her vote.

Will McDuffie is one of seven ABC News campaign reporters embedded in battleground states across the country. Watch all the twists and turns of covering the midterm elections every Sunday on Hulu's "Power Trip: Those Seeking Power and Those Who Chase Them" with ABC's George Stephanopoulos.